In what was a challenging installation, Daniel Chippendale and Mike Wade from Boating World, our distributors for Southern Africa, delivered and installed the first M1500 in Angola for a Rodman Muse 44, with IPS drives.

Mike and Daniel arrived at an old slipway which was previously used by the Angolan Fishing Fleet and more recently as a loading port for the local mining companies.

“Moçâmedes (called Namibe between 1985 and 2016) is the capital city of Namibe Province in post-independence Angola. It is a coastal desert city in southwest Angola and was founded in 1840 by the Portuguese colonial administration. The city’s current population is 132,900 (2004 estimate). Moçâmedes has a cool dry climate and desert vegetation, because it is near the Namib Desert.” Source- Wikipedia

“We started building the AirBerth® in Namibe an old Portuguese fishing town, one of the deepest Natural Deep water ports on Africa.”

“With the help of a many hands we managed to assemble the AirBerth® and she was ready for the 20Nm Journey to the bay of Baba.”

“Given the size of the work space and boat yard we could not drop the Berth into the water with the Crane, instead we opted to put the M1500 on the slip, to be slipped in on the cradle.”

It was a challenging build, we Built the AirBerth in an Old Abandoned Boat yard, on the Edge of the desert where the water Meets the Sand. 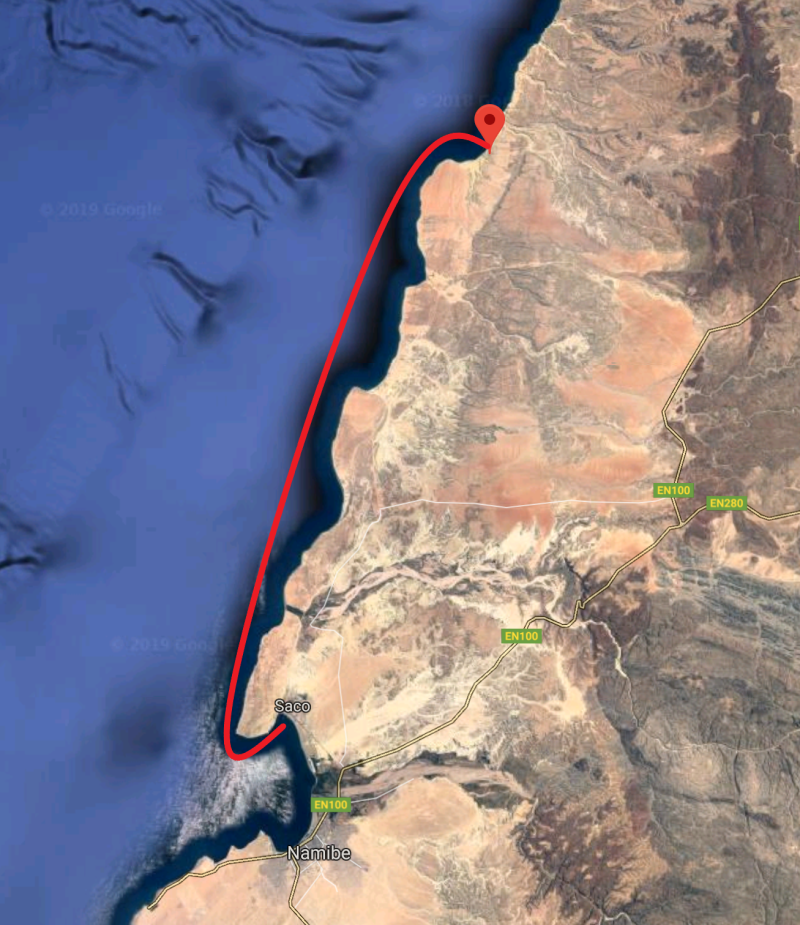 8hr Tow from Namibe to Baba. Image courtesy of Googlemaps.

The Journey to took roughly 8hrs to Baba, with an average speed of 2-3knots.”

Under Tow on Open Seas 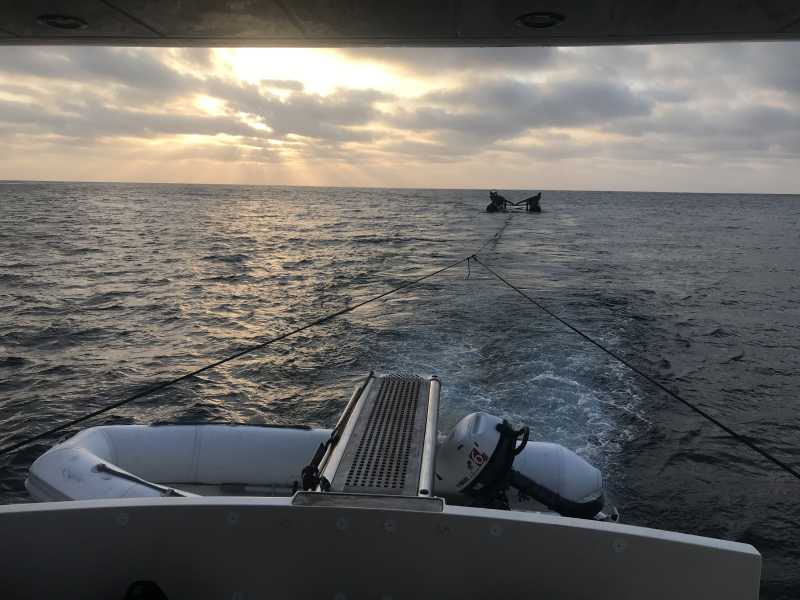 Still Under Tow at Dusk

“We spent the day setting the guide lines and mooring lines and putting on the safety stickers and anti-slip Pads.”

“Once all lines were set, the boat sat perfectly on the M1500 with the IPS clearing the water.”

“We did final adjustments and final training with the skipper.

The customer is very happy with the result.  Previously they had to skipper the boat over 950km north to Luanda to have the boat serviced. ”

Raising the boat out of the water, will save on maintenance costs Antifouling and replacement of anodes and propellers due to damage from Electrolysis.

In addition, slipping the boat would take about a month including the three day voyage to Luanda and the 3 days to return to Baba, via boat.

Now the boat is ready to launch at the owner’s convenience.

“Thank you to you and AirBerth® for all you support on this build.

The Boating World team has returned from Angola, the Assembly was a great success!”